At Central Lakes College, scholarships are more important than ever as nearly 65 percent of students fall below the federal poverty guideline.

“Many of them are working full-time, supporting families, and trying to make ends meet, all while furthering their education,” said Jana Shogren, director of Resource Development & Central Lakes College Foundation. “Students who receive a scholarship often tell us that while the financial assistance was important, the fact that someone believed and invested in them was what really made the most difference.”

“When you make a gift to a scholarship fund at the CLC Foundation, you are investing in a student’s future,” Shogren said.

Steven Rosenstone, chancellor of Minnesota State, said, “Everything we do, everything we believe in, is focused on providing an opportunity for all Minnesotans to create a better future for themselves, for their families, and for their communities. To make good on our commitment to being a place of hope and opportunity, we must keep higher education affordable. That is why scholarships are absolutely critical. They are a key to access, they enable students to focus on their studies, and they are central to student success. Scholarships change lives.”

The announcement of a $50 million goal for Access to Excellence follows a successful two-year campaign ended in June 2015 that raised $39 million and funded 28,387 scholarships. In that campaign, every college and university foundation in the system exceeded its individual goal.

“As we begin this next Access to Excellence campaign, I have every confidence in our ability to achieve this new goal,” continued Rosenstone. “We have demonstrated our ability to think and act differently, and to maximize our collective strengths, resources, and talents by working together for the benefit of our students. This work will make a difference in the lives of tens of thousands of Minnesotans across the state. We can do this – provided we do it together.”

Online gifts can be made at http://www.clcmn.edu/scholarships/make-a-gift/. You can also mail a check to: Central Lakes College Foundation at 501 West College Drive, Brainerd, MN 56401 with “scholarships” listed in the memo line. 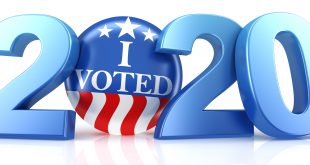 Davis to serve on Taskforce on Law Enforcement Education Reform