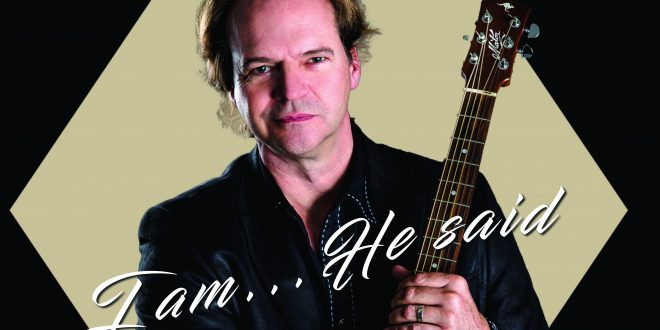 Celebrating the work of an artist whose catalog of songs spans three generations, and whose recordings have sold over 100 million records worldwide, “I Am—He Said” presents the music of Neil Diamond. As part of the Central Lakes Community Performing Arts Center’s Cultural Arts Series, the show will perform on January 21 at 7:00 p.m. in the Gichi-Ziibi Center for the Arts.

Matt, Jeff and Tommy Vee, nephew and sons of the legendary Bobby Vee respectively, join forces with their family and friends to celebrate Diamond’s music. “We are saying what HE said,” laughs Matt Vee, referring to the one and only Neil Diamond.

“This is not a typical tribute show,” says Tommy Vee. “This is a celebration of an amazing musical icon, one we all love and respect. We have been fans since we were in grade school and have performed Neil’s tunes over the years in various bands. We have recruited an incredible group of singers and players and have gone back to the original records,” he explains, “it is all about the vocals and Matt absolutely nails it! It’s going to be a rockin’ night!”

Diamond is an iconic performer, with songs like “Cracklin’ Rosie,” “Song Sung Blue,” and “Sweet Caroline.” He was also a prolific songwriter, writing songs recorded by everyone from Elvis Presley to Deep Purple and, of course, the Monkee’s classic, “I’m A Believer.”

The show is a proven winner with venues throughout Minnesota and the Midwest. “This show was a lot more than a tribute. Instead it was an authentic presentation of the Neil Diamond hit list with stories

of the man and his compositions interspersed. Our audiences were on their feet from the start…..Nobody could do it better. One of the best shows we’ve had this year,” said Bob Johnson, director of the Paramount Theatre in St. Cloud.

“Matt Vee’s Neil Diamond celebration is absolutely awesome! The vocals, musicianship and arrangements are quintessential Neil. If you are a Neil Diamond fan, this is a must-see. Our audiences were raving about this show!” said Tamara Erickson, VP of Chanhassen Dinner Theatres.

David Marty, former director of the Reif Center in Grand Rapids, said “I Am– He Said” rocked the house! What a solid evening! The performance was two weeks ago and people are still stopping me in the grocery store to tell me what a rock-solid hit the evening was! We were sold-out, of course.”

Tickets for ‘I Am—He Said’ are available from the CLC Theatre Box Office at (218) 855-8199 or online at www.clcperformingarts.com

The entire CLC Performing Arts Center season is made possible in part by an operating grant from the Minnesota State Arts Board, thanks to a legislative appropriation from the Arts and Cultural Heritage Fund.