The Central Lakes Community Performing Arts Center’s 2021 summer season of music, theatre, and film turns rollicking with ‘Xanadu’,  a musical comedy combining 80’s fashion and dance with Greek myths. The Brainerd Community Theatre production opens on the Chalberg Theatre stage on July 28, with performances through the 30th and again August 3-5. All shows are at 6:30 p.m.

‘Xanadu’ is based on the 1980 film of the same name which starred Olivia Newton-John (which was, in turn, inspired by the 1947 Rita Hayworth film ‘Down to Earth’). Written by Douglas Carter Beane, the music and lyrics were written by Jeff Lynne of the mega-hit group Electric Light Orchestra (ELO) and John Farrar, writer of such songs as ‘Have You Never Been Mellow’ and ‘You’re the One That I Want,’ chart-toppers for Newton-John. Several ELO songs are in the show’s score, including ‘All Over the World,’ ‘Strange Magic,’ and ‘Evil Woman.’

The story revolves around Venice Beach, California artist Sonny Malone, so dissatisfied with his sidewalk mural of the Greek Muses (daughters of Zeus) that he determines to kill himself. On Mount Olympus, Clio, the youngest, perkiest Muse, convinces her six sisters to travel to Venice Beach (rising out of the sidewalk mural) to inspire Sonny. Zeus‘s rules require that Muses must always be disguised from mortals. Clio changes her name to something contemporary: “Kira”. Quickly inspired, Sonny decides that he can combine all the arts and “something athletic” all into one spectacular entertainment: a roller disco.

Two of Clio’s sisters, Melpomene and Calliope, are jealous that Clio is the leader of the Muses and that Zeus had promised “Xanadu” to Clio. They plot to discredit Clio and cause her banishment by tricking her into breaking one of Zeus’s rules: A Muse must not fall in love with a mortal, so they will curse “Kira” and Sonny to fall in love. What follows is a titanic battle of mortals versus gods, mythical creatures and all-too-human jealousy, ending happily, of course.

According to Beane, in rewriting the script for the musical he was influenced not only by the 1980 film, but also by the 1981 fantasy film ‘Clash of the Titans,’ prompting him to add the subplot in which Kira’s jealous sister-muses doom her to fall in love with a mortal, incurring the wrath of their father, Zeus. He has noted that the stage musical focuses more on the Greek mythology plotlines but has a lot of parody references to the movie.

Hilton Als’ review in ‘The New Yorker’ called ‘Xanadu’ “probably the most fun you’ll have on Broadway this season. In its wildness and ecstasy, ‘Xanadu’ is a welcome relief from the synthetic creations that some Broadway producers have been peddling for years.

The production is directed and choreographed by Amy Borash. Her previous BCT productions include last summer’s ‘The Marvelous Wonderettes’, ‘Church Basement Ladies’, and the ABBA-inspired musical ‘Mamma Mia!’

Featured in the cast are several performers well-known to area audiences for their work in dozens of productions. Travis Chaput plays the mortal Sonny Malone. His inspirational Muse Clio/Kira is portrayed by Nicole Rothleutner. The pair were most recently seen in the Lamplighter Theatre production of ‘The Last Five Years.’ The role of real estate mogul Danny McGuire is played by Kevin Boyles, last appearing on the Chalberg stage in ‘Mamma Mia!’

Sharon Hartley, veteran performer in numerous theatre productions throughout the area, plays eldest sister Muse Melpomene. Bri Engels, Rachael Kline, Macy Judd, Jayden Friedel, and Jacob Hanson play multiple roles, including sister muses, mythological creatures like Medusa, Cyclops, Aphrodite, Eros, and Centaur. Each of these performers have appeared in past BCT productions like ‘Marvelous Wonderettes,’ ‘Sh-Boom! Life Could Be a Dream,’ ‘Young Frankenstein,’ and many others. Overseeing the shenanigans of the Muses is Erik Paulson as Zeus. Paulson is a long-time veteran of the local community theatre scene in musicals, comedies and the occasional drama.

Information on tickets and performances is available online at www.clcperformingarts.com or through the CLC Theatre Box Office at (218) 855-8199 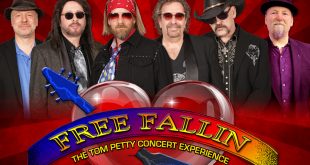 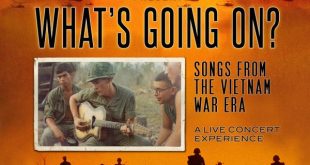 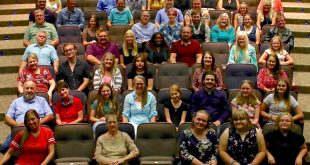