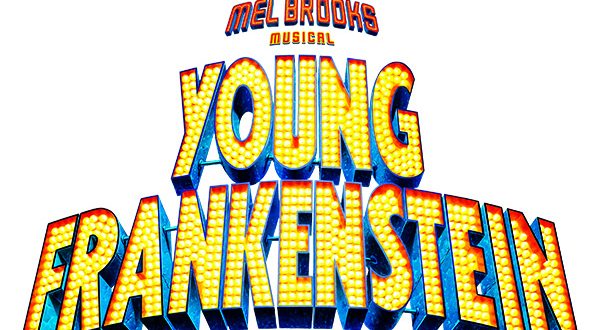 Young Frankenstein the Musical at BCT

The horror of Frankenstein’s monster meets the screwball comedy of Mel Brooks when Brainerd Community Theatre presents ‘Young Frankenstein: The Musical’ on the Chalberg Theatre stage. The zany stage adaptation of Brooks’ comedy horror film of the same name will perform at 7;30 p.m. on April 26-28 and May 3-5.

Director Patrick Spradlin guides the twenty member cast in the reimagining of the Frankenstein story. “Frederick Frankenstein, grandson of the maker of monsters, inherits his family’s Transylvania estate,” says Spradlin of the plot. “When he goes there to inspect the property, he’s drawn into his grandfather’s infamous past.”

Encouraged by a trio of wacky denizens—-Igor the Hunchback, Inga the sexy, naïve lab assistant, and the darkly foreboding Frau Blucher—Frederick re-animates a corpse and incurs the fear and anger of the town’s citizens, led by the officious Inspector Kemp.

“For those who’ve seen the 1974 film, this is a faithful yet surprise-filled recreation,” says Spradlin.

A critical favorite and box office smash, the film ‘Young Frankenstein’ ranks No. 28 on Total Film magazine’s readers’ “List of the 50 Greatest Comedy Films of All Time”, No. 56 on Bravo TV‘s list of the “100 Funniest Movies”, and No. 13 on the American Film Institute‘s list of the 100 funniest American movies. The musical opened in 2007 and is currently playing as a revival in London.

Spradlin notes that the musical marks the final official collaboration between his staging and the musical direction of long-time Central Lakes College music instructor Steve Anderson. “Steve and I both came to CLC in 1991. For some reason, he’s retiring and I’m staying behind.” The two have collaborated on musicals ranging from ‘The Sound of Music’ to ‘The Who’s Tommy’ to ‘The Rocky Horror Show.’

“Steve and I put our heads together for a swan song musical before he retires in May. We have a shared fondness for offbeat humor, witnessed by our production of ‘Spamalot’ two years ago. This show came immediately to mind.”

In an informal Q & A, some of the cast and team weighed in on what drew them to this show, their experience with it to date, and what they believe will be the audience’s reactions to the musical.

What attracted you to this production (what made you want to audition and/or be a part of it)?

Kory: I had never performed in a musical before, let alone auditioned for one, and this one was coming at a time when I had the availability in my schedule to perform on stage. And while I wasn’t overly familiar with the original film, I am familiar with Mel Brooks’s comedic styles and would love to have the opportunity to perform them on stage.

Keran: A big draw was the fact that a good portion of my friends were auditioning and I always love going through the creative process with people that I am close with.

Johnson: It’s YOUNG FRANKENSTEIN, for heaven’s sake…. it is superb comedy and spoof all in one.

What have you enjoyed about working on this production? Any highlights/anecdotes to share from rehearsals?

Kline: I’m always excited to see costumes and sets coming together; rehearsal always feels like a little secret before the audience sees the final product. There’s definitely been quite a few inside jokes and a healthy amount of puns. You can definitely tell we’re gelling as a cast.

White: I enjoy watching the cast work hard. Our actors have amazing work ethic and talent.

Kory: We’ve been working on music and lines since early February, over two months before the start of the show. This time has really brought the cast together, making us feel like a theatre family so much earlier than with other productions.

What should the audience expect when they come to see it?

Kline: They should expect to laugh!

White: Be ready to laugh.

Keran: The audience should expect to laugh…a lot. This show is hilarious and I find myself catching new things to laugh at every rehearsal.

Johnson: The movie is all here … and maybe this production is a bit more bawdy than the movie itself … so don’t expect Mary Poppins.

Have you worked with BCT before? In what way(s)?

Keran: I have been involved in BCT for maaaaaaaany years. I have done all sorts of jobs: stage manager, light/sound board operator, spot light operator, house manager, and, my favorite, actor!

Kory: ‘Young Frankenstein’ is my eleventh BCT show in the past five years. My life has been enriched by participating in our local theatre culture, and I hope that I’ve been able to give that back in the form of quality entertainment to our audiences over the years.

Tickets for ‘Young Frankenstein’ are available from the CLC Theatre Box Office at (218) 855-8199 or online at www.clcperformingarts.com

The production is sponsored by Birchwood Therapy Services and the Graphic Design program of Central Lakes College. The entire CLC Performing Arts Center season is made possible in part by an operating grant from the Minnesota State Arts Board, thanks to a legislative appropriation from the Arts and Cultural Heritage Fund.