• Our instructor has a variety of video/TV industry experience

Shoot, write, edit, produce – these are the foundations for all video and film production. They are the focus of the Videography Production A.A.S. and Diploma Program at Central Lakes College. This program’s greatest strength is the unique curriculum we developed from the beginning. It has been continually revised, but the core has proven to be effective at educating students in the ways of production. With extensive backgrounds in video production, we have a laser-like understanding of the occupational and life skills necessary for employment. Our graduates are proving to be extremely marketable and in demand.

Videography is quickly becoming one of the fastest growing career choices in the 21st century. With the explosion of cable networks, web-casting and video corporate communications, this field is expected to experience steady, long-term growth.

Career Description: Videography is quickly becoming one of the fastest growing career choices in the 21st century. With the explosion of cable networks, web-casting, and video corporate communications, this field is expected to experience steady, long-term growth. Videography production is the professional process of telling stories through a series of recorded, filmed images using digital media. Film and video editors edit programming for the motion picture, cable, and broadcast television industries. Camera operators employed in the entertainment, corporate, or news fields use digital media to record movies, television programs, events, and commercials. Studio operations include floor directors, technical directors, camera operators, teleprompter operators, and audio engineers. News camera operators, also called electronic news-gathering (ENG) operators, work as part of a reporting team, following newsworthy events as they unfold. A degree in Videography at Central Lakes College prepares students for entry-level positions in all of these areas.

Program Information: Shoot, write, edit, produce – these are the foundations for all video and film production. They are the focus of the Videography Production A.A.S. or Diploma Program at Central Lakes College. Students will learn the proper techniques for capturing motion picture footage using professional-grade camera equipment. A strong concentration on production lighting and audio recording is included. Scriptwriting is a key element of the production process and is emphasized in this program. Video editing is essential to all motion picture completion and both basic and advanced editing procedures are stressed. Employers are seeking entry-level operators with a broad understanding of the foundations of production. Our focused approach at Central Lakes College ensures graduates will be positioned appropriately for successful entry into the industry.

Program Outcomes:
Graduates will be able to:

In addition to the program requirements listed above, students must meet the following conditions in order to graduate:

Career Opportunities: There are many job opportunities in this field within and outside of Minnesota. From 2006 to 2010, video production experienced 16% growth in career positions – 2% better than all professional fields combined. That trend is expected to improve between 2010 and 2020. The Twin Cities area is considered a national center of activity for jobs in this field. Brainerd, Duluth, and St. Cloud are also excellent places to find placement.

Faculty Biography: Mark Ambroz is a television producer specializing in corporate communications, commercials and documentary programming. He is owner of One Guy Short Productions in Brainerd, Minnesota. His 25 years in production include 11 years at KARE 11 in Minneapolis, 7 years at Babe Winkelman Productions and 6 years as producer for Gander Mountain’s “We Live Outdoors” television series. His client list includes Federal Ammunition, Bemidji State University, Lindner Media Productions, Seven Clans Casino and Mills Fleet Farm. He believes that the key to successful production is a broad knowledge of the entire video workflow. Four years ago, Ambroz made a course-correction in his career and became the principal instructor for the Videography program at Central Lakes College. 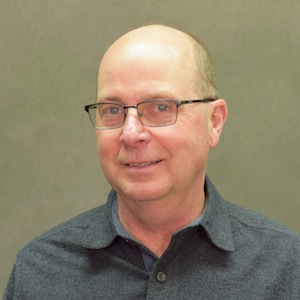 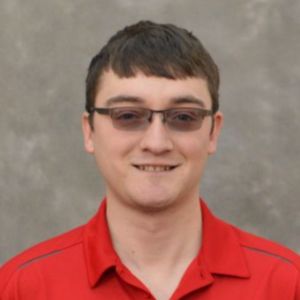 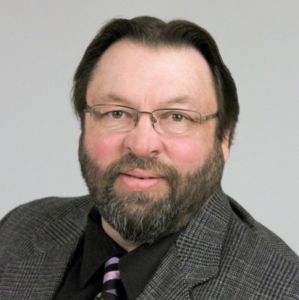 I am currently a student finishing up his last semester in the Videography Program at Central Lakes College. There are many good things to say about the program at CLC. It covers every aspect in video production; from camera work, to sound, to even creating your own graphics for your videos. It offers a wide selection of high-end, professional production equipment (from a dozen video cameras, to a full studio with green- screen) for students to use on their projects and videos while enrolled. The teachers and staff at CLC are always willing to help and genuinely want you to succeed in the future. But my favorite thing about the program here at CLC was the hands-on approach, this gave me real experience into what being a television producer will be like and it’s the best way to prepare for the work industry.

I’d like to take a minute to express my satisfaction with the Videography program at Central Lakes College. We have brought on two graduates to work with us over the last two years. Both are outstanding. They displayed the editing and general digital skills we needed. What impressed me even more than their competency though was their ability to troubleshoot. This is an integral part of any working day. Both showed an ease with new concepts, a collaborative ability to think through issues and in the end, came up with some workable solutions to get a professional product made.On a personal note, they are fun to work alongside and I consider them both friends today. Kudos for the education and the real world intangibles taught in the Videography program at CLC that led to our good experience.

The CLC Videography program helped me grow from an amateur filmmaker to someone who’s working full-time in the industry. I will always be happy with the decision I made to attend a 2-year program that put a camera in my hands on the very first day.