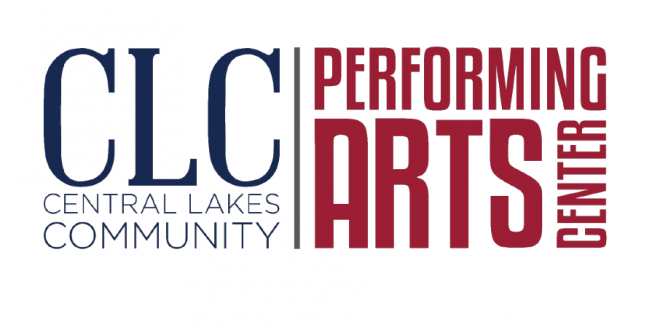 Central Lakes Community Performing Arts Center is proud to announce the fall and winter line-up for their 2022-23 season. Between September through January, the Performing Arts Center will present artists of local and national renown through its Cultural Arts Series and produce a joyful slate of plays with Brainerd Community Theatre. For more information or to purchase tickets, visit www.clcperformingarts.com

The incomparable Davina and The Vagabonds performed at the Chalberg Theatre on September 17. Back by popular demand, this mix of jazz, blues, and swing was a must-see!

Paula Poundstone, known for her smart, observational humor and spontaneous wit, performs at the Gichi-ziibi Center for the Arts. Paula Poundstone is recognized by Comedy Central as one of the Top 100 Comedians of All Time. Time Magazine, in the March 2020 “Best of” issue, listed Paula’s HBO special “Cats, Cops and Stuff” as on The 5 Funniest Stand-Up Specials Ever. Paula can be heard weekly as the host of the comedy podcast Nobody Listens to Paula Poundstone and as a regular panelist on NPR’s comedy news quiz “Wait Wait… Don’t Tell Me!”. October 19. Doors open at 6:30 PM. Show at 7 PM. Tickets starting at $30.

Brainerd Community Theatre presents Neil Simon’s classic coming-of-age comedy Brighton Beach Memoirs in the Chalberg Theatre. It is September, 1937. Dreaming of baseball and girls, 15-year-old Eugene Morris must cope with the mundane existence of his family life in Brooklyn: formidable mother, overworked father, and his worldly older brother Stanley. Throw into the mix his widowed Aunt Blanche, her two young (but rapidly aging) daughters and you have a recipe for hilarity, served up Simon-style. This bittersweet memoir evocatively captures the life of a struggling household where, as his father states “if you didn’t have a problem, you wouldn’t be living here.” Join us for this side-splitting and whimsical tale that tugs on the heartstrings and reminds us of the importance of family and love in the most trying of times. October 25-27 and November 1-3. Doors open at 6:30 PM. Show at 7 PM. Tickets between $10 – $15.

The Midtown Men perform live in concert at the Gichi-ziibi Center for the Arts. Join stars from the original Broadway cast of Jersey Boys on their 10th Anniversary Tour singing a decade of 60’s hits! November 4, 2022. Doors open at 6:30 PM. Show at 7:00 PM. Tickets starting at $25.

Brainerd Community Theatre presents the holiday classic A Christmas Carol in the Dryden Theatre. Patrick Barlow, writer of the Broadway and West End hit The 39 Steps, has retold Charles Dickens’ holiday classic in a thrilling new adaptation that uses only five actors to bring some of Dickens’ most beloved characters to life. From Scrooge and Tiny Tim to Bob Cratchit and Mrs. Fezziwig, Barlow’s A Christmas Carol uses nothing more than some simple props, fresh physicality, and the power of imagination to convey this timeless story of redemption. Witness Ebenezer Scrooge’s transformation from a stingy miser to a man who generously celebrates the spirit of the season all year long, in this highly theatrical adaptation. December 13-15. A pre-show dessert reception, included with all tickets, begins at 6 PM. Doors open at 6:30 PM. Show at 7 PM. Tickets between $10 – $15. Family package of 4 tickets available for $45.

The Rock & Roll XMAS Spectacular, the most requested holiday show in PAC history, performs at the Gichi-ziibi Center for the Arts. December 16. Doors open at 7 PM. Show at 7:30 PM. Tickets $35.

GreatWorks Theatre Company performs Mytholomania! at the Chalberg Theatre. A fast-paced, raucous comedy that presents the greatest hits of Greek Mythology in under an hour! Fun for the whole family! January 14, 2023. Doors at 1:30 PM and 6:30 PM, with shows at 2 PM and 7 PM, respectively. Tickets between $5-$15. Family package of 4 tickets available for $35.

OboeBass! performs at the Dryden Theatre. This internationally known, multi-faceted instrumental duo creates a sense of wonder for their audiences with original works and re-imaginings of classic standards. January 23, 2023. Doors open at 6:30 PM. Show at 7 PM. Free ticket reservations open on December 23.

Brainerd Community Theatre presents 9 to 5 The Musical at the Chalberg Theatre. 9 to 5 The Musical, with music and lyrics by Dolly Parton and book by Patricia Resnick, is based on the seminal 1980 hit movie. Set in the late 1970s. this hilarious story of friendship and revenge in the Rolodex era is outrageous, thought-provoking and even a little romantic. Pushed to the boiling point, three female coworkers concoct a plan to get even with the sexist, egotistical, lying, hypocritical bigot they call their boss. In a hilarious turn of events, Violet, Judy and Doralee live out their wildest fantasy – giving their boss the boot! While Hart remains “otherwise engaged,” the women give their workplace a dream makeover, taking control of the company that had always kept them down. January 24-26 and January 31 – February 2, 2023. Doors open at 6:30 PM. Show at 7 PM. Tickets between $10 – $17.