Home / Performing Arts / ‘Neither Wolf Nor Dog’ to Screen at CLC, Author in Virtual Attendance 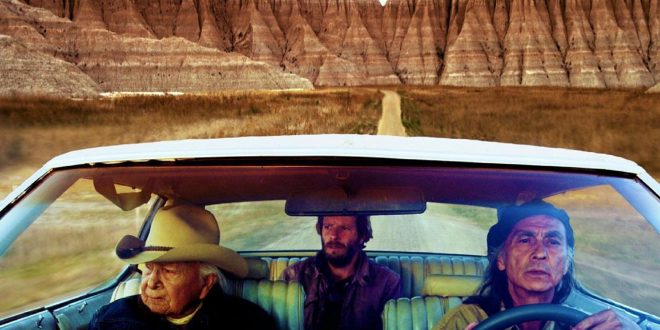 Jessie Perrine March 29, 2022 Performing Arts Comments Off on ‘Neither Wolf Nor Dog’ to Screen at CLC, Author in Virtual Attendance  498 Views

From the pages of an award-winning novel to the big screen is the journey of ‘Neither Wolf Nor Dog,’ a independent film that has been making a gigantic impact on communities since its release in 2017. The film will be screened in the Chalberg Theatre on the Brainerd campus of Central Lakes College on April 12 at 6:30 p.m.

“This film proved to be an immensely popular part of past season’s offerings,” said Patrick Spradlin, Producer of the Cultural Arts Series with the Central Lakes Community Performing Arts Center. “This year, we have added an exciting facet to the screening. Kent Nerburn, the author of the book from which the film is adapted, will be present in a virtual format to lead discussions after the screening.”

Nerburn’s book was first published in 1994 and was the winner of the Minnesota Book award. The publisher, New World Library, estimates world-wide sales at around half a million copies with sales in Europe and in particular Germany being very strong. The American Indian College fund said, “This is one of those rare works that once you’ve read it, you can never look at the world, or at people, the same way again.”

“We are very excited about having Kent lead the post-show discussion,” said Spradlin. “He’s a Minnesotan by birth, and now lives in the Northwest. To have him share his perspectives on the experience of living the book’s story, the writing of the novel, and making of the film…this is an extraordinary opportunity for our audience. It’s not often you are able to speak directly to the creator of such an important work as this one clearly is.”

idea how to access the core audience for the film so he opted to bypass them and started self-distributing directly to theatres in 2017. It was still in first-run cinemas in 2019, which makes it the longest first-run theatrical release in the US in over a decade. In its first week at the CEC

theatre in Bemidji, it was the number 1 film beating 9 Hollywood movies and getting over 1,600 admission in a town of 15,000. In Minneapolis it sold out shows and had more admissions on its opening week than the film with the highest screen-average in the entire USA.

“Two years ago we sold out the screenings we had,” said Spradlin. “With the COVID pandemic, we had to postpone last year’s scheduled screening. I suspect this year we’ll have a full house, given the way word-of-mouth operates to promote events.”

life in the sparse lands of the Dakota’s by a 95 year-old Lakota elder and his side-kick.

The film stars the late Chief Dave Bald Eagle in the lead role as a Lakota elder. He was 95-years-old at the time of filming and it was his first starring role in a film.

The film is notable for a climactic scene shot at Wounded Knee where the script and the novel was thrown away. Dave Bald Eagle improvised the whole scene from his heart, as his family had a closer connection to the Wounded Knee Massacre of 1890 than even the character he was playing. At the end of filming the scene he turned to Christopher Sweeney who was acting opposite him and said “I’ve been holding that in for 95-years.” Dave Bald Eagle saw the film before he passed away and he said “it’s the only film I’ve been in about my people that told the truth.”

Tickets for ‘Neither Wolf Nor Dog’ are available from the CLC Theatre Box Office at (218) 855-8199 or online at www.clcperformingarts.com

This activity is made possible by the voters of Minnesota through a grant from the Five Wings Arts Council, thanks to a legislative appropriation from the Arts and Cultural Heritage Fund. 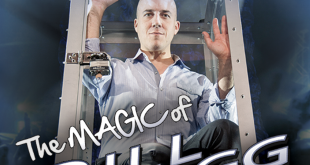