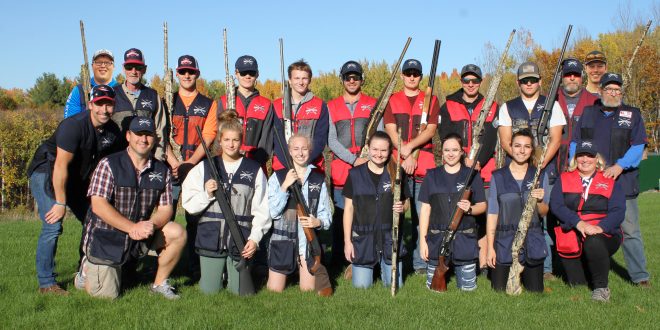 The 15-member co-ed team is celebrating its most successful season since beginning competition in 2017. This is the first time that CLC has earned the conference championship, and the program looks to build upon this season’s success in subsequent years.

After taking first place at its conference, the CLC team was invited to participate in the national tournament, which took place from November 1 – 6, with team members each shooting 100 clay targets at Lakeshore Conservation Club and then coaches inputting scores online.

Team members Kylie Wolkenhauer and Isaac Malone each scored a 97 out of 100, which earned Wolkenhauer the High Gun for all females at Nationals and tied both her and Malone for the 2nd highest score of the tournament. Team member Grace Caouette wrapped up her first season of competitive trapshooting in spectacular fashion earning first place in the tournament’s novice category.

The CLC community and coaches are proud of the team for how they represented themselves both on and off-campus.

“When you look at our overall scores throughout the season, we did not have just one or two student-athletes carrying the team with high weekly scores, but instead, we shot consistently as a team,” said coach Erich Heppner. “In our fifth and final week, our initial group did not shoot particularly well, and our lead over our conference opponents was very much in jeopardy. The next group went out knowing that they needed to lift their teammates up, and they delivered by shooting season-high scores and putting the team in an uncatchable position. We had a lot of moments this season where teammates were called upon to shoot well, and they stepped up with ice in their veins and delivered.”

To learn more about the USA College Clay Target League, go to www.usacollegeclaytarget.com