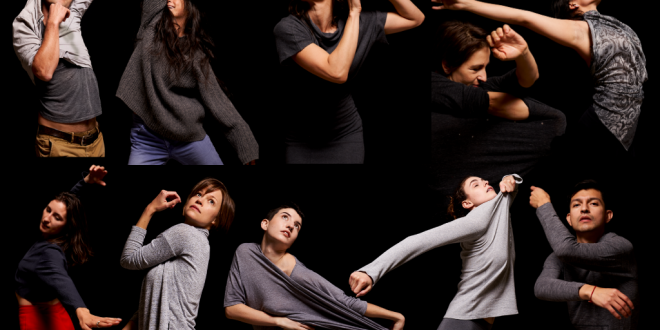 CLCPAC Director Patrick Spradlin cited ARENA’s appearance as the Center’s mission to bring diversified, high quality arts programming to the area. “We’ve had several dance companies in past seasons,” said Spradlin, “representing ballet, tap, jazz, and even ballroom dance forms. ARENA is our first foray into contemporary dance, a form that is exciting, thought provoking, and exhilarating to watch.”

Spradlin also noted that the company will spend a week in residency in the area. “As part of a Minnesota State Arts Board Touring Grant, ARENA will be working with local students, visiting various locations, and really connecting with the community.”

ARENA DANCES is an internationally-renowned contemporary dance company founded in 1995 by artistic director and choreographer Mathew Janczewski in Minneapolis. Its mission is to make dance accessible to all through the presentation of contemporary dance, educational outreach, and community gatherings to inspire, promote dialogue and diversity. Over the past 25 years, Janczewski has created over 35 works for ARENA performed nationally and internationally to critical acclaim. ARENA has toured extensively throughout the US including presentations at the Skirball Theater of NYU, City Center, and the Joyce SoHo in New York, The Repertory Project of Cleveland, and the SCUBA network in Philadelphia among others. Internationally, the company has twice been presented by Open Look International Summer Dance Festival in St. Petersburg, Russia as well as the 3rd TOUCH Festival in Arkanghelsk, Russia, and the L1 Dance Festival in Budapest, Hungary.

ARENA has been commissioned by numerous colleges and arts institutions such as The Walker Art Center, and been presented at top Twin Cities venues such as The Cowles Center, The Southern Theater, and The Fitzgerald Theater. Janczewski’s work has been recognized for excellence with a Sage Award for “Outstanding Performance”, as Dance Magazine’s “25 to Watch”, and received support from The Foundation for Contemporary Performance Arts, McKnight Foundation, Target Foundation, Archie D. & Bertha H. Walker Foundation, New England Foundation for the Arts, The Spanish Embassy of American Universities, Metropolitan Regional Arts Council, and the Minnesota State Arts Board.

The work is abstract in form, giving shape to emotions, exploring the depths and the limits of what drives us as humans to connect, to break away, to survive. Just as our emotions can veer wildly, ARENA incorporates a highly kinetic style of movement, a sweeping physicality that takes in a broad range of feelings and the posturings we may make to protect ourselves in the world. The work springs first from Mathew’s own experiences; then, through the movement and structure, ARENA seeks to find a form to give those experiences both truth and commonality.

ARENA has been recognized and praised for its work.

“A wonderful display of physicality and elegance, demonstrating the skill that has made ARENA founder and artistic director Mathew Janczewski one of the most prominent choreographers in Minneapolis and a rising star in the dance world.” — Linda Shapiro, City Pages

“Addictive to watch, and throughout there are glimpses of luxuriant motion.” — Lightsey Darst, MNArtists.org

Tickets for ARENA Dances are available on the Center’s website: www.clcperformingarts.com or by calling the box office at (218) 855-8199.