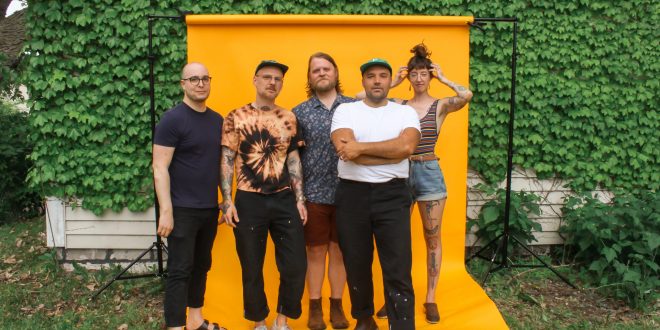 With a mix of music, comedy, dance and magic, the Central Lakes Community Performing Arts Center is announcing its upcoming season of events known to audiences as the Cultural Arts Series. Center Director Patrick Spradlin called the season ‘ambitious, optimistic, and filled with events that have appeal for nearly everyone.”

“We approached our planning with the idea that it was time to return to some sense of normalcy,” said Spradlin. “We also knew that there is still lingering uncertainty, but we’re prepared to adapt to whatever circumstances we encounter.”

The slate of events includes five large-scale shows in the new Gichi-ziibi Center for the Arts along with shows in the Chalberg Theatre on the Brainerd campus of Central Lakes College. This year’s season also offers a sub-set of events dubbed the Dryden Cabaret Series, smaller shows in the intimate Dryden Theatre with cabaret-style seating.

The season debuts on September 24 with the Fabulous Armadillos and their homage to music from the Vietnam War era, ‘What’s Goin’ On?’ “We’ve presented this show on two other occasions,” said Spradlin. “I think it’s their best show, with a multimedia element, narration by members of the armed forces, and the Armadillos’ incredible musicianship.” The show will be in the new G-Z Center.

On October 2 the group ‘Free Fallin’ brings the music of Tom Petty to the Chalberg stage. With authentic costuming and impeccable sound, the show features Petty’s extensive catalog of music, including songs like ‘Don’t Leave Me Like That,’ ‘I Won’t Back Down,’ ‘Learning to Fly,’ and the song from which the band takes its name.

October 15 brings We Are the Willows, a Minneapolis-based group known for orchestral indie-rock that explores family history and identity. This will be the first offering of the Dryden Cabaret Series. Praised by the likes of NPR, the BBC, USA Today, the group will also be in residence for the preceding week, visiting local schools and organizations.

ARENA Dances performs on November 12 in the Chalberg Theatre. This internationally renowned contemporary dance company is acclaimed for their visceral choreography and expressive movement. “They will also be working with local dancers during their residency the week prior to their performance,” noted Spradlin.

Grammy Award winning a cappella group Tonic Sol Fa will perform their Shake Up Christmas Tour on November 19 in the G-Z Center. “This is a perennial holiday favorite,” said Spradlin. “These fellows are so talented, and their show is the perfect way to kick off the holiday season.”

The show Spradlin says he ‘cannot not present’ hits the G-Z stage on December 17 when Rock ‘n Roll Christmas returns to Brainerd. “This is the eighth season we’ve presented this show, and it will sell out as it always does,” said Spradlin. “There’s no good way to describe it except to say that once you’ve seen it you’ll be counting the days until the next Christmas show.”

Brat Pack Radio hits the Chalberg Stage on January 7. Billed as the ultimate 80’s musical experience, the band plays hits from the eighties played live just the way you remember them. The show is packed with the music of superstar artists like Prince, Michael Jackson, Janet Jackson and Madonna, as well as countless one-hit wonders.

The iconic music of legendary Neil Diamond is the centerpiece of “I Am…He Said” on January 21 performed by the Killer Vees, sons and nephews of the late great Bobby Vee. “We had this show here a couple of years ago and it was so well received we’ve brought it back by popular demand,” said Spradlin. The show will be in the G-Z Center.

Minneapolis music artist Chris Koza will perform in the Dryden Cabaret on February 18. Born out of folk, country, storytelling and rock ’n roll, Chris both honors and builds on Americana traditions. Koza previously performed as part of the Cultural Arts Series with his band Rogue Valley.

The Chalberg stage will host Monroe Crossing on February 26. The Minnesota group play an electrifying blend of classic bluegrass, bluegrass gospel, and heartfelt originals. They’ve been featured in numerous bluegrass festivals and have played at venues throughout the Midwest.

In celebration of St. Patrick’s Day, Ring of Kerry hits the Chalberg stage on March 18. The group takes its name from a beautiful craggy drive in southwestern County Kerry, Ireland. It’s Celtic music, however, is played with a heart much closer to its American home. This is a highly energetic and engaging band featuring a troupe of fully costumed Irish dancers.

Ventriloquist Todd Oliver performs his family show of comedy on March 25 in the Chalberg. Oliver has appeared on David Letterman, Jay Leno, Penn & Teller’s Sin City Sensational, Craig Ferguson, The Today Show, and was a semi-finalist on NBC’s ‘America’s Got Talent,’ featuring a cast of characters that includes his talking Boston Terrier Irving.

April 1 (April Fool’s Day) will bring magician/illusionist Bill Blagg to the G-Z Center. “We thought the date was appropriate to present this amazing performer,” said Spradlin. Bill prides himself in performing new, never-before-seen illusions such as the world’s only rideable hoverboard.  He is also known for instantly teleporting across theaters, squishing his body from 6 feet to 6 inches tall, passing through the blades of an industrial fan, and much more.

The New Standards return to the Chalberg stage on April 8 with their show ‘Score!” The show is an evening of songs and themes from the trio’s favorite cult and classic film scores. “These are incredible musicians, and the music they’ll be playing will be familiar to most and fun for everyone,” said Spradlin.

The Dryden Cabaret Series concludes on May 6 with Jeremy Messersmith, an indie pop singer-songwriter and one of Minnesota’s most recognized and celebrated artists. He’s been praised by The New York Times, NPR, USA Today, Paste Magazine, The Wall Street Journal, Time Magazine, Spin, and Rolling Stone among many others.

The Series draws to a close on May 14 when Zeppo takes the Chalberg stage. Born from a casual basement jam in St. Paul during the spring of 2016, this group of talented musicians formed a band dedicated to sharing a full-throated and full-throttle love Led Zeppelin catalog. “They aren’t a tribute band,” said Spradlin, “they play Zeppelin with their own take on what are legendary songs.”

Spradlin noted that the Center was fully aware of the need for COVID safety precautions and that they were continually monitoring the situation. “We will follow the most recent guidelines and stipulations for audience and performer safety, whether that includes masking or distancing or other protocols. We want to bring a series of arts and entertainment to an audience we believe is yearning for, but at the same time we know there are steps we’ll need to take to ensure everyone is as safe as possible.”

Health guidelines and protocols will be posted on the Center’s website (www.clcperformingarts.com) and updated if any changes occur. Patrons who purchase tickets will also be kept informed as to the most current guidelines in effect.

Information about the Cultural Arts Series and tickets for each event will be made available soon on the Center’s website: www.clcperformingarts.com