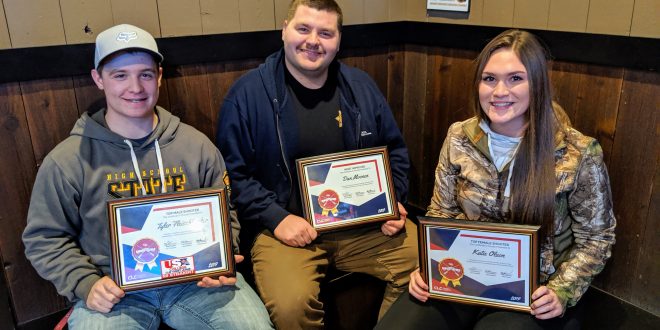 Southwest Wisconsin Technical College led the conference from the beginning, followed by CLC in second place. The University of Minnesota-Crookston, Bemidji State, and Mitchell Technical Institute followed in closely over the next three competition weeks. By week four, CLC bounced down to fourth place after two weeks of miserable shooting conditions caused a drop in overall team scores. Week five provided much better shooting conditions and the team brought their scores up considerably and finished in 3rd place for the season.

Southwest Wisconsin Technical College took Conference Top Honors, followed by U of M-Crookston. CLC’s Tyler Fleischhacker finished the season with a perfect score of 50 and was the top scorer for the team with an average of 23.6 targets broken per round (25 targets). Fleischhacker finished ranked 4th in the conference out of 116 competitors. In the league’s female rankings, CLC’s Kaitlyn Olson finished ranked 5th followed by Kasondraann Schrecongost-Gale ranked 6th and Ann Pugh ranked 8th.

CLC coaches Mike Hammer & Erich Heppner said they were very pleased with the success of this fledgling team.

“Most of our team members came from a Minnesota high school trap team. All came with the skills needed for success,” Heppner said.

Hammer added, “Each week they were ready to bring their best to the range and break targets one at a time. Trap shooting requires both skill and mental toughness to consistently break targets. Awareness is growing among CLC students and we expect to field a team of 20 or more next season. We would like to thank CLC’s Administration, Lakeshore Conservation Club and local organizations for their support. Community support played a big part of our first year’s success.”

To learn more about the USA College Clay Target League go to www.usaclaytarget.com 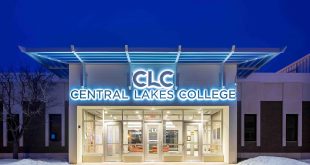 CLC Connection: We are open and ready to welcome students – with flexibility 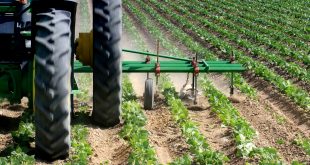