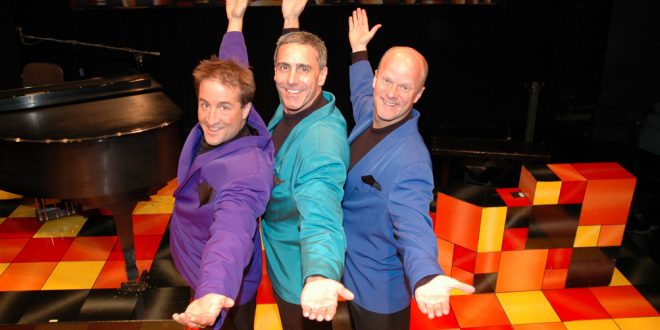 Take 3 guys with big ambitions and an utter lack of common sense. Add a coffee house, hand shadow puppets, a trip to Zaire, things that disappear (and reappear), a gorilla running loose at a piano contest, and a very unfortunate appearance on national television. Result: Triple Espresso, the funniest show you’ll see this century!

Presented by the Central Lakes Community Performing Arts Center as part of their Cultural Arts Series, the record-breaking, long-running, critically-acclaimed comedy will perform at 2 p.m. and 7:30 p.m. on November 2. Performances will be in the Chalberg Theatre on the Brainerd campus of Central Lakes College.

CLCPAC producer Patrick Spradlin calls the show ‘the funniest thing I’ve ever seen.’ “We’ve presented this show twice before,” said Spradlin. “It never fails to sell out, and the reason is simple: it’s an astoundingly good time for people of all ages.”

Triple Espresso is a Minnesota-grown show, written by Minnesotans Bill Arnold, Michael Pearce Donley, and Bob Stromberg and originally directed by William Partian. The show has delivered laughs to more than 2 million people in 6 countries, including in multiple Minnesota cities. It has performed in the Twin Cities every year since 1995. The show’s visit to Brainerd is made possible by an Arts Tour Minnesota Grant, received by a collaboration of presenting venues across the state.

Dubbed ‘A Highly Caffeinated Comedy,’ the show tells the rags-to-rags story of Hugh Butternut, Buzz Maxwell, and Bobby Bean, an aspiring comedy trio whose bid for showbiz fame and fortune ended in 4 minutes of magnificent failure on national television. It’s a high-energy, vaudeville-inspired comedy for all ages, packed with music, magic and monkey business, and bursting with fun.

“I believe the show’s success has much to do with the way it appeals to all ages,” said Spradlin. “This is a show you can bring your kids to, your grandkids, your grandparents, your pastor, your first date… Anyone and everyone will find something to laugh about with this clean, family-oriented show.”

Triple Espresso has set records as the longest-running show ever in cities like Minneapolis, San Diego, and in the entire state of Iowa. It’s broken box office records in these cities and in others like Chicago, Albany, NY, Milwaukee and Dublin, Ireland.

Critical acclaim has been universally glowing. ‘A triple jolt of inspired craziness!’—Los Angeles Times. ‘The essence of comedy!’—Minneapolis Star Tribune. ‘This is entertainment as it ought to be—Stunning!’—The London Metro. ‘Laugh-out-loud funny!’—Arizona Republic. ‘The funniest thing on six legs!’—London Theatre News.

The touring cast includes three actors with real comic chops. Patrick Albanese plays Buzz Maxwell. A native Chicagoan, he could be seen regularly on WGN’s popular ‘Bozo’s Circus.’ In Los Angeles he emceed over 9,000 shows at Hollywood’s prestigious Magic Castle, the most successful private entertainment club in the world. John Bush takes the role of Bobby Bean. He’s made appearances on shows for Hulu, AXS TV, Fox News Channel, and has acted in TV’s ‘Spin City,’ ‘Law and Order: SVU,’ and in the film ‘The Thomas Crown Affair.’ John has also performed stand-up on HBO and Comedy Central and ‘Late Night with Conan O’Brien.’ Hugh Butternut is the role played by Paul Somers, who has performed in Triple Espresso all across the country as well as in Dublin, Ireland. He has performed in ‘The Odd Couple,’ ‘The Fantasticks,’ and ‘Rumors,’ and has commercial credits that include ads for Subway, Green Mill, Best Buy and Medica.

Triple Espresso is produced by The Daniel Group, LLC, a Minneapolis-based provider of top-quality professional theatre and other entertainment, whose mission is to provide excellent, wholesome productions that positively impact audiences.

Tickets for Triple Espresso are available from the CLC Theatre Box Office at (218) 855-8199, or at the box office during business hours of 10 a.m. to 2 p.m. Tuesday through Friday. Tickets can also be purchased online at www.clcperformingarts.com

Triple Espresso, as well as the entire CLCPAC season, is made possible by the voters of Minnesota through a grant from the Minnesota State Arts Board, thanks to a legislative appropriation from the arts and cultural heritage fund. 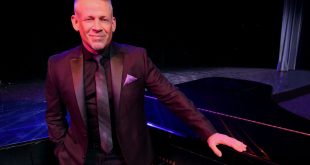 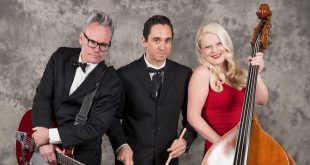 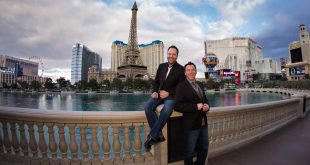