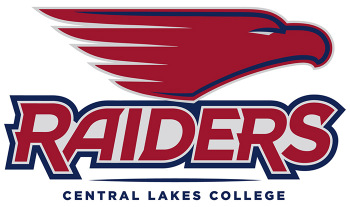 CLC’s Darlene Palmer to be honored for athletic leadership

Some of Minnesota’s most inspiring and influential athletes, coaches and leaders in sport will be recognized at an award ceremony Wednesday, February 6, 2019 at the Minnesota History Center in St. Paul, Minn. The award ceremony will be conducted in conjunction with the 33rd- annual National Girls and Women in Sports Day, a nationwide celebration recognizing the accomplishments of individuals in the promotion and advancement of girls’ and women’s sports. The 2019 ceremony will honor 22 individuals, groups or programs that will receive awards in six separate categories. Award recipients are nominated by schools, community organizations, recreation centers, and amateur and professional sports organizations.

2019 Special Merit Award:
Darlene Palmer
When Darlene Palmer got to Brainerd Community College in 1969 (now Central Lakes Community College), women didn’t have any school-sanctioned varsity sports teams to be a part of. By the time she left in 1987, not only were there several varsity programs for women – but they also had their own conference.

Not only did Palmer start the women’s athletic programs at BCC, she also coached most of them. She served as the school’s volleyball, basketball, and softball coach until 1976 while teaching physical education classes, and in 1976 she stopped coaching basketball but added the title of Women’s Athletic Director. In 1984, she helped bring golf to BCC and coached men’s and women’s golf until 1987.

Along the way, Palmer coached two state championship teams (softball in 1979 and golf in 1986) and four
state runner-up teams. She was one of the first inductees into the Raider Athletic Hall of Fame, and she
was later inducted into the Minnesota Community College Hall of Fame.

Current Central Lakes volleyball coach Jane Peterson calls Palmer a ‘pioneer of the women’s division of the MCAC.’ Palmer remembers a young woman who wanted to be a part of one of BCC’s early teams but didn’t know how to dribble the basketball. Palmer kept her on the team and helped coach her, and she grew into someone who was able to contribute to the team’s success. It is stories like that – where Palmer was able to give young women the opportunity to compete – that helped grow her legacy.