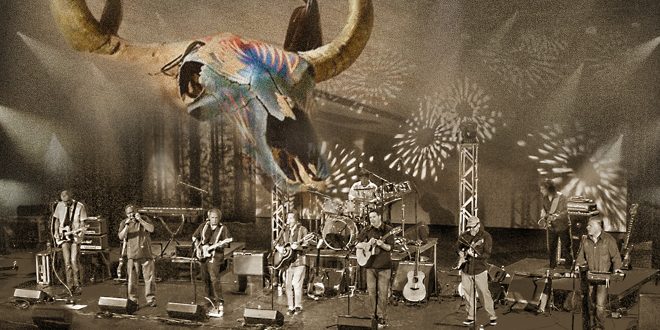 Returning by popular demand, the Fabulous Armadillos will present ‘Takin’ it to the Limit,’ their tribute to the music of the Eagles, on Thursday, September 28, 7:30 p.m. in the Tornstrom Auditorium in Brainerd. Presented by the Cultural Arts Series of the Central Lakes Community Performing Arts Center, the show marks the sixth performance of this show in the Brainerd area in the past six years.

Cultural Arts Series Producer Patrick Spradlin says it was an easy decision to include the show as part of the 2017-18 season. “I’ve heard from so many people asking us to bring this show back,” he says. “We try not to repeat our events too much or too soon, but this one is the real exception to the rule. And, sadly, with the passing of Eagles co-founder Glenn Frey, we’re never going to be able to see the actual Eagles again. This show is as close as they come.”

As of this date, Spradlin notes, pre-sales of the show have reached close to 300 tickets. “And we haven’t even really fully advertised the show yet.”

It’s no small wonder, given the extensive catalog of songs produced by the Eagles and their enduring popularity with music lovers of all ages. From their breakout hit “Take it Easy” through later songs like “Love Will Keep Us Alive” and “How Long”, the band has had a profound impact on American popular music. They are one of the world’s best-selling bands of all time, having sold more than 150 million records—100 million in the U.S. alone—including 42 million copies of Their Greatest Hits (1971–1975) and 32 million copies of Hotel California. They are the fifth-highest-selling music act and highest-selling American band in U.S. history. No American band sold more records than the Eagles during the 1970s.​

The Fabulous Armadillos have established a reputation for top-quality musicianship. Known in the St. Cloud area for their theme shows, where the band takes an idea like ‘One Hit Wonders’ and plays songs that fit the theme, the band eventually branched out to produce tribute shows. They’ve performed in Brainerd with shows like ‘Motown’, ‘Floydian Slip: a Tribute to Pink Floyd’, and ‘Takin’ it to the Streets: a Tribute the Doobie Brothers.’ This past April their theme show ‘Guitar Heroes’ played to a sold-out Tornstrom crowd. Their Eagles show has played to sold-out audiences in Brainerd, Staples, Chanhassen Dinner Theatre, and venues around the state.

For ‘Takin’ it to the Limit’, the Armadillos collaborated with another local band, Collective Unconscious. The birth of the show is described by Armadillos front man Greg Armstrong:

“We started this in 2010….a local theater owner (Dan Barth of Pioneer Place) was telling Jeff Engholm for Collective Unconscious that they should do an Eagles show…and they loved the Eagles but didn’t think it would fit their band. Then he asked me (Greg) and I said I love the Eagles, but not sure it would fit our band either. I called Dan later and said we should do it with the Collective Unconscious guys and little did we know Jeff thought about it and also called Dan about 5 minutes later, and said ‘how about we do it with the Fabulous Armadillos?’ So, it was meant to be!”

Armstrong adds, “We’re now going into our 6th year of touring the show. It just keeps getting better and better!”

The show is sponsored by Katie and Randy Lee of Edina Realty, and the law firm of Breen and Person, Ltd. The entire CLC Performing Arts Center season is made possible in part by an operating grant from the Minnesota State Arts Board, thanks to a legislative appropriation from the Arts and Cultural Heritage Fund.

Previous Auditions to be held for ‘Mr. Burns—a Post-Electric Play’
Next Ballet is returning to Brainerd 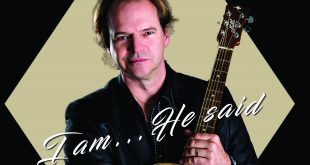