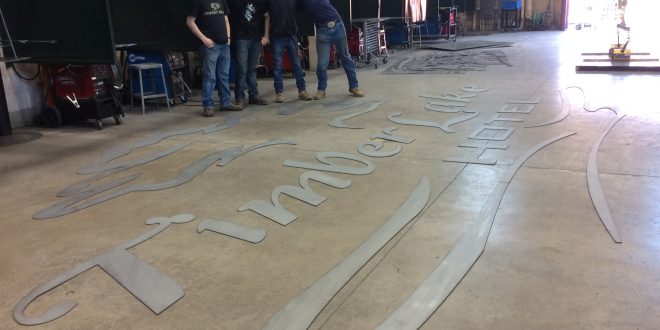 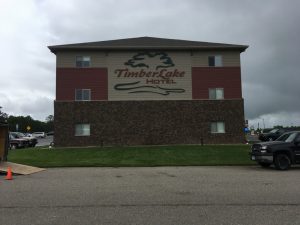 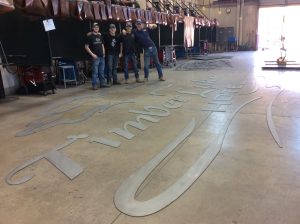 A new hotel in Staples can be seen from afar, thanks to a massive sign crafted by Central Lakes College Welding students. The metal lettering, standing a total of 27-feet by 14-feet, can be found on Timber Lake Hotel.

CLC partnered with HyTech Construction to make the sign. CLC Welding students used a CAD software to create a 3D model of the hotel’s logo. That 3D model was used to create a CNC cutting program, which the plasma table used to cut the parts. The CLC students cut the parts and de-burred them. Hy-Tech Construction engineered and installed a mounting system for the letters and the parts were powder coated by Gull Lake Sandblasting & Powdercoating. Finally, they were brought to Staples, where Hy-Tech installed them on the building.

“The Staples community is a part of our Staples campus, so when the idea was presented to have welding students participate in the project, we didn’t need to think about it,” said David Otto, CLC Welding instructor. “We were excited to do it and it is another project that students can learn a great deal from, starting with the basic fabrication of the project, all the way to the collaboration of all the different players involved with the construction. The cool part for the students involved is every time they drive through Staples they can say ‘I helped build that sign’ and they can take a little pride in the work.” 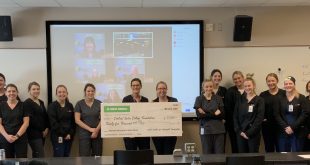 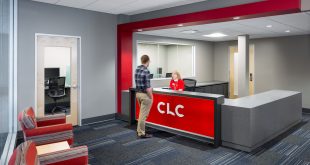 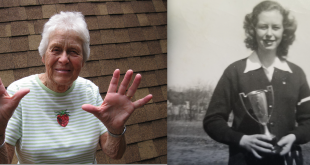