Osirus Washington: Verse Like Water poet spoke to me 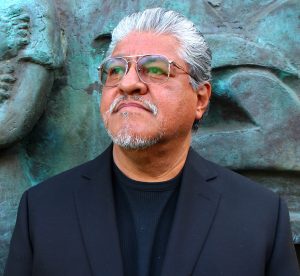 A column by student Osirus Washington

Verse Like Water recently brought in LA poet Luis Rodriguez, and he left CLC in awe. Rodriguez inspired a crowd that was very different than him. He gained the respect of students and staff by sharing his personal story through the art of poetry. The ex-gang member and former drug user turned his life around through poetry and epiphanies. He shared his poems and his life stories with us all and became an inspiration.

I have been writing raps and songs for about four years now. Coming from a rough Minneapolis neighborhood myself, I found hope through the writing, music, and basketball community.

Since listening to Luis Rodriguez I want to transition into poetry to better bring my lyrics to life. Rodriguez was also an inspiration to people down in the dirt with no hope. Coming from someone who was in prison who is now the manager of the Tia Chucha Cultural Center in San Fernando, California. Rodriguez’s success speaks volumes of how a person can turn their life around. He was a true inspiration and I thank CLC and Verse Like Water for hosting this event.

Luis Rodriguez was born in El Paso, Texas. He grew up in Watts, now Los

Angeles. It was early after the Civil Rights Movement when the Watts community was in a time of crisis. Rodriguez turned to gangs and drugs as a way to get respect until he eventually served time in the penitentiary. He has since turned his life around and is now a well-known poet.

Rodriguez inspired myself and many other people who attended his poetry reading at CLC. Afterward, he answered many questions on what he did to face his addictions to drugs and alcohol, and how he became such a great poet. Rodriguez said he found peace in writing. He became a better writer when he put down the drugs and alcohol.

“I had to find a community to leave the drugs alone,” he said. “As men, we look to gangs for a community to feel welcomed. I found the writing community after the gangs.