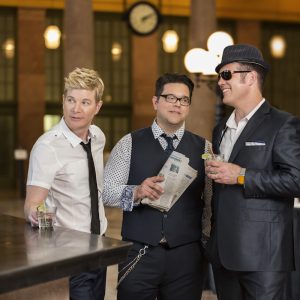 Jazz, ballet, choral music, drama, virtuoso solo artists, R & B, and good ol’ rock ‘n roll are all part of this season’s offerings by the Central Lakes Community Performing Arts Center. Director Patrick Spradlin announced the season by calling it “the most diverse, eclectic, and exciting season we’ve ever done.”

The Center consists of Brainerd Community Theatre, which showcases the talents of local performers and artists in live theatre productions, and the Cultural Arts Series, which presents visiting performing artists of regional, national, and international reputation. Between the two, the Center will present eighteen different events:

Tickets for ‘Clarence Darrow’ and Rio Nido are currently on sale. All other events will be available for purchase beginning September 1.

For more information, go to the Center’s website at the same address as for tickets.

Previous The CLC Chamber Singers want you!
Next Having trouble in a class? Our tutors can help!