At one point in the play ‘Bill W. and Dr. Bob,’ Bob Smith is suffering from the acute after-effects of binge drinking. His friend, Bill Wilson, is administering to him with a remedy of tomatoes and Karo syrup. Bob asks, “You ain’t givin’ up on me?” and Bill continues to ply him with the purgative.

The idea of not giving up, of never trying to find a way out of the pit of despair, is what fueled the real-life men who founded Alcoholics Anonymous. It is the driving central point of the play, presented by Brainerd Community Theatre (BCT), and performing in the Dryden Theatre on the Brainerd campus of Central Lakes College (CLC) October 1-3 and 8-10.

Written by Samuel Shem and Janet Surrey, ‘Bill W. and Dr. Bob’ shows how these two extraordinary men separately grappled with their alcoholism-fueled demons before joining their efforts. Bill Wilson worked in the field of high finance as a stockbroker, making fortunes and losing them almost overnight. Bob Smith was a surgeon performing operations while drunk.

Both spent their lives trying to find a way out of the grip of alcohol, seeking guidance, being prayed for, counseled, cajoled, threatened and ostracized. A chance meeting in Akron, Ohio led the men to discover there was a glimmer of hope: through honest and open conversation, through admission of the problem they had, and through mutual support.

Over a period of several years they developed what is now known as the Twelve Step Program. The program has not only helped millions of alcoholics, but is the model for substance abuse treatment in a more universal sense. The play follows the men as they struggle to find the best way forward, and also chronicles their wives’ efforts at lending support, efforts which led to the founding of Al-Anon.

Told with drama and much humor, the play has been described as “Deeply human, audience-embracing, a remarkable story” (Variety). The New Yorker called it “An endearing portrait of friendship uplifted by warm humor.” And TalkinBroadway.com said of the play, “You don’t have to be a member of AA to enjoy this. It’s what good theatre should be.”

The cast of ‘Bill W. and Dr. Bob’ features Erik Steen as Bill Wilson. Steen also directs. He’s joined by CLC Theatre Director Patrick Spradlin playing the role of Bob Smith. Steen and Spradlin have appeared in joint projects such as ‘Art,’ ‘The Weir,’ and ‘Woman in Black.’

Portraying the wives of the men in the story are Bri Keran and Beth Selinger. Keran is a veteran of many BCT productions, most recently this past summer’s show ‘Steel Magnolias.’ Selinger has appeared in numerous productions in Brainerd, at the Pequot Lakes Community Theatre, has directed several shows, and is the founding director of the Old Creamery Theatre in Randall.

Nicholas Kory and Linda Nichols portray a variety of supporting characters. Kory’s most recent role was that of Truffaldino in ‘The Servant of Two Masters.’ Nichols has held the title role in ‘The Diary of Anne Frank’ and was Laura in ‘The Glass Menagerie.’

The play performs at 7:30 on October 1-3 and 7-10, with an additional 2 p.m. matinee on October 10. For tickets and information, contact the Central Lakes Community Performing Arts Center Box Office at 855-8199, or online at www.clcmn.edu/arts 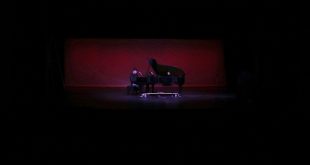 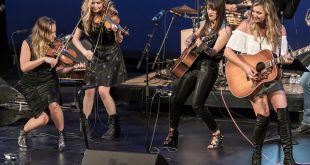 Direct from Nashville—Farewell Angelina to Perform at CLC