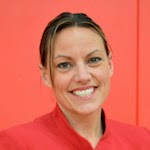 During her high school basketball career at Pequot Lakes, Cassie (Evenson) Carey developed a reputation as an aggressive, scrappy player, one who took the ball to the rim, dove for loose balls, blocked out on the boards and tried to cause turnovers.

She strived to be the kind of player the opposition didn’t want to face.

Carey, who begins her first season as head coach of the Central Lakes College Raiders, hopes to instill some of those attributes in her first Raider team.
Courtesy of the Brainerd Dispatch by Mike Bialka
Read More
Share