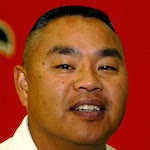 Maybe in Jim Russell’s first year at Central Lakes College in 1997-98 did the Raiders’ head coach have so few returning players.

Sixteen years later, only sophomore Alex Koch returns from last year’s Raider team that went 17-13 and finished fourth in the MCAC state/Region 13 tournament.
“It’s all fresh,” Russell said. “We usually have between 5-6 guys back. Twelve of the 14 guys who played for us last year are enrolled somewhere else and are going to school. They either transferred or graduated. Four of the six freshmen last year graduated with their AA degree and are playing ball somewhere.”
Courtesy of the Brainerd Dispatch by Mike Bialka
Read More
Share