Home / Athletics / Peterson Selected as Regional Coach of the Year

Peterson Selected as Regional Coach of the Year 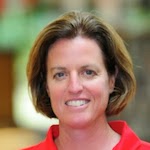 Jane Peterson, Central Lakes College
NJCAA Division III
It
was another outstanding season for Central Lakes volleyball, finishing
the season with a 29-3 record and a third place finish in the NJCAA
Division III National Tournament. The 2013 campaign marked her 23rd in
her illustrious career now holding a 536-229 record as the coach of the
Raiders. She coached Lindsay Monson to be one of the top middle
blockers in the country, finishing in the top-10 nationally in kills per
set (3.94), hitting percentage (.402) and block assists (69). Peterson
has led the Raiders to their 10th appearance in the National Tournament
including nine of the last 13. She is now a two-time AVCA Region Coach
of the Year recipient after taking home the honor in 2007.