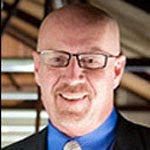 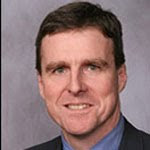 Steven Rosenstone, chancellor of the Minnesota State Colleges and Universities, recommended on Monday that the Board of Trustees appoint Douglas Knowlton (far left) to be vice chancellor for academic and student affairs and Michael Dougherty to be vice chancellor for advancement. Knowlton is the president of Dakota State University in Madison, S.D., and Dougherty is vice president of communications at the Valspar Corp. and president of the Valspar Foundation. Before taking his current position in 2004, Knowlton was vice chancellor for academic affairs and a tenured professor at the University of Minnesota, Crookston. He served on what was the Minnesota State Board of Technical Colleges and the Minnesota Higher Education Board before the Minnesota State Colleges and Universities began operations in 1995. Before taking the Valspar position, Dougherty held a variety of positions at 3M, including director of global communications; managing director of a Swedish subsidiary, Svenska AB; vice president of operations at the Minnesota Chamber of Commerce; acting deputy assistant secretary for legislation at the U.S. Department of Health and Human Services; and manager of government relations and legislative assistant at Pillsbury Co.
Share